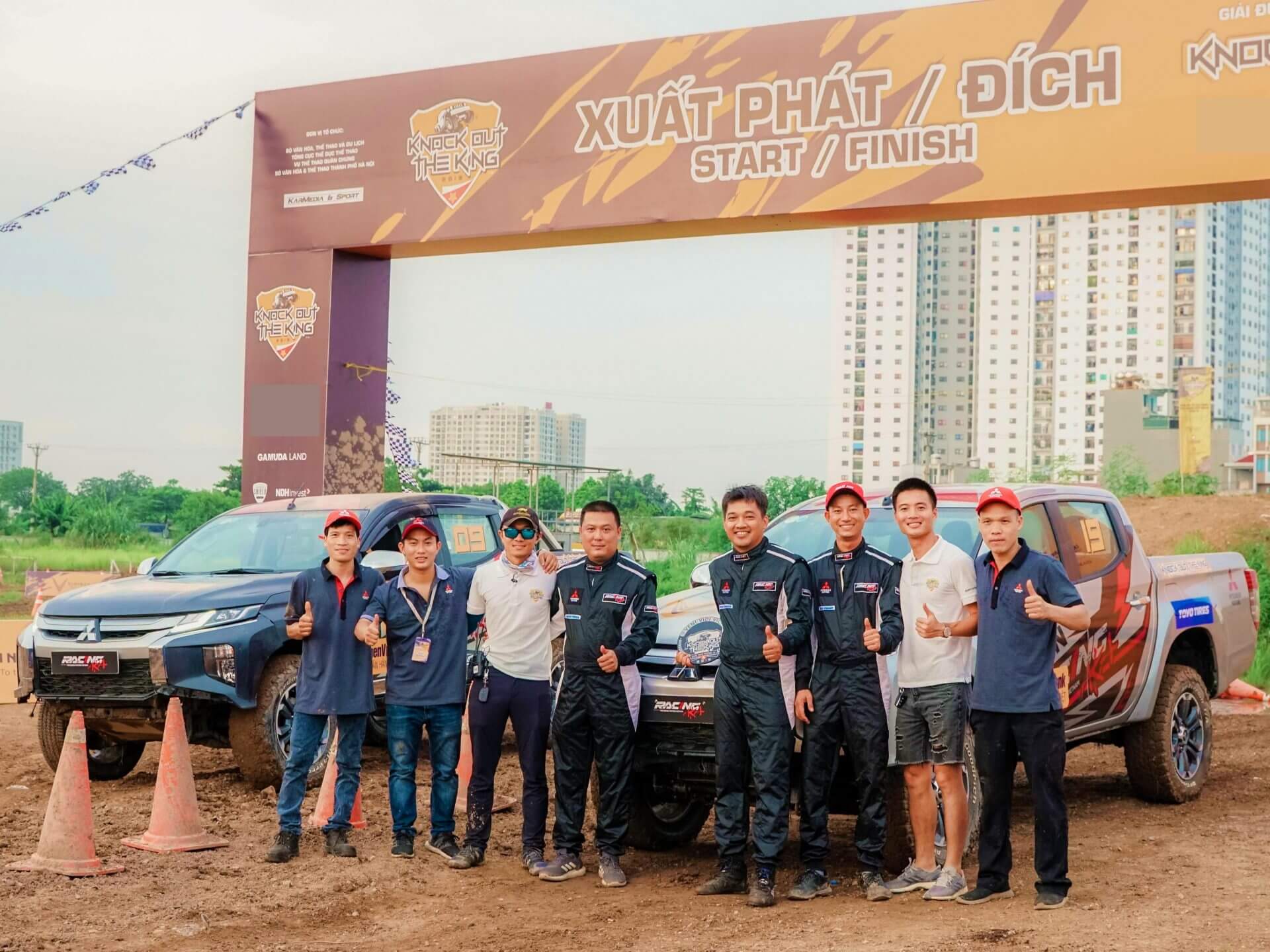 Racing AKA professional Off-road team under the sponsorship of Mitsubishi Motors Vietnam participated in the third round of the combat terrain race Championship – Knock Out The King held at Gamuda, Yen So Park, Hanoi from June 29 – 30, 2019. 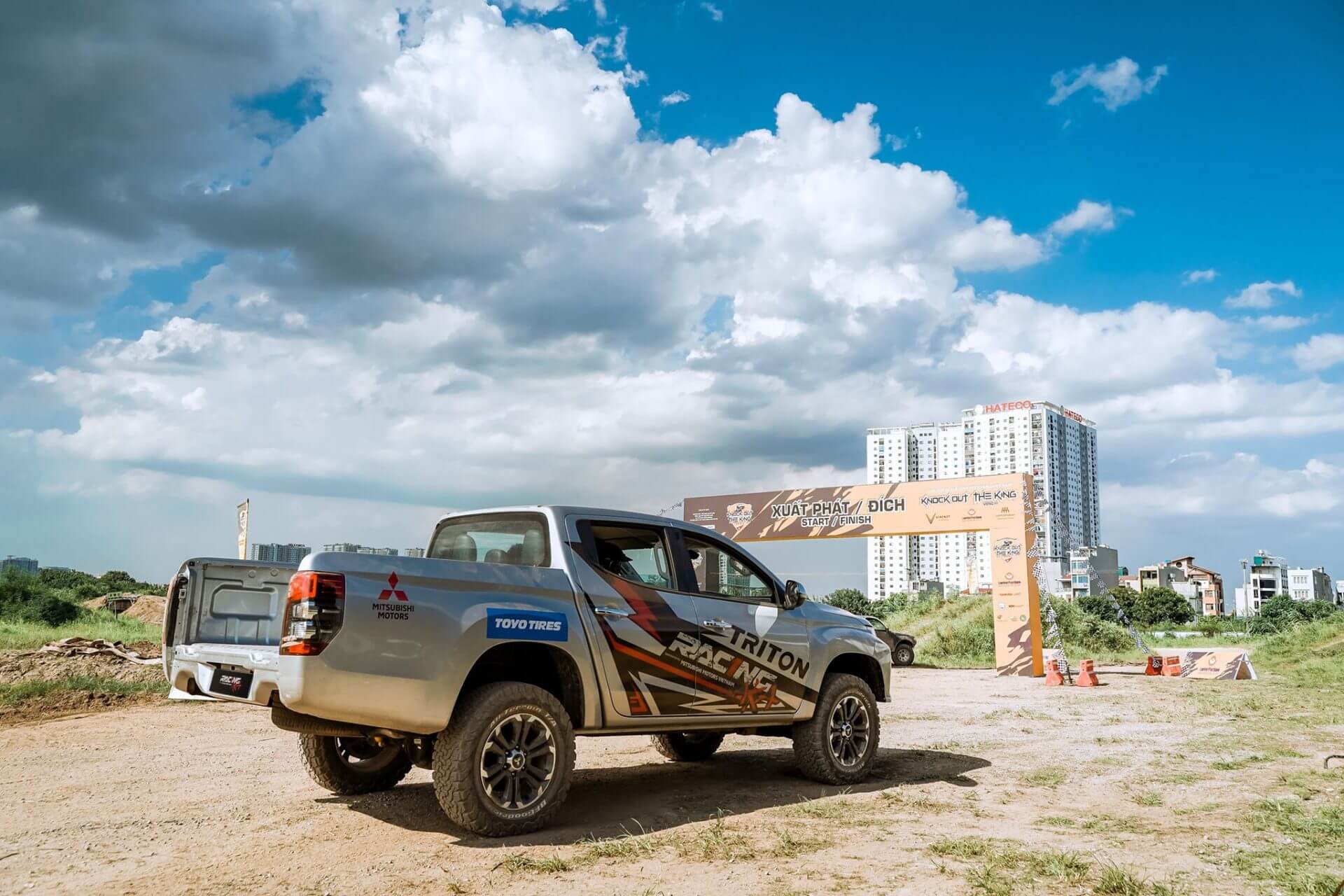 Accompanying Racing Aka in the KOK Race is the new Mitsubishi Triton sports pickup, with only terrain tire upgrade and without machine interference. This is the first tournament since the official launch of Racing AKA, with the desire of bringing to the audience and the terrain racing community in Vietnam with impressive performances as well as equipping more “battle” experience for upcoming domestic and international tournaments.

Knock Out The King is a knockout competition race; two contestants compete at the same time on a specially designed racetrack. The audience has witnessed a series of malfunctioning just by a gas pedal stepping, the vehicle returns to its destination by rescue – breakage of the drive shaft, steering ball joint, water tank or car rim. Running time for the Final round was up to 20 minutes with high combat competitiveness. This was a real challenge for contestants as they needed to use their full strength to overcome the difficult terrains of the tournament in the shortest time possible. Competing with strong and experienced rivals, rookie Racing AKA has a dramatic “battle” in the two rounds with the runner-up result at 13m19s137 after 8 rounds at maximum speed (the fastest was at 1m34s947 – very close to the best lap of the champion racer is 1m34s399). 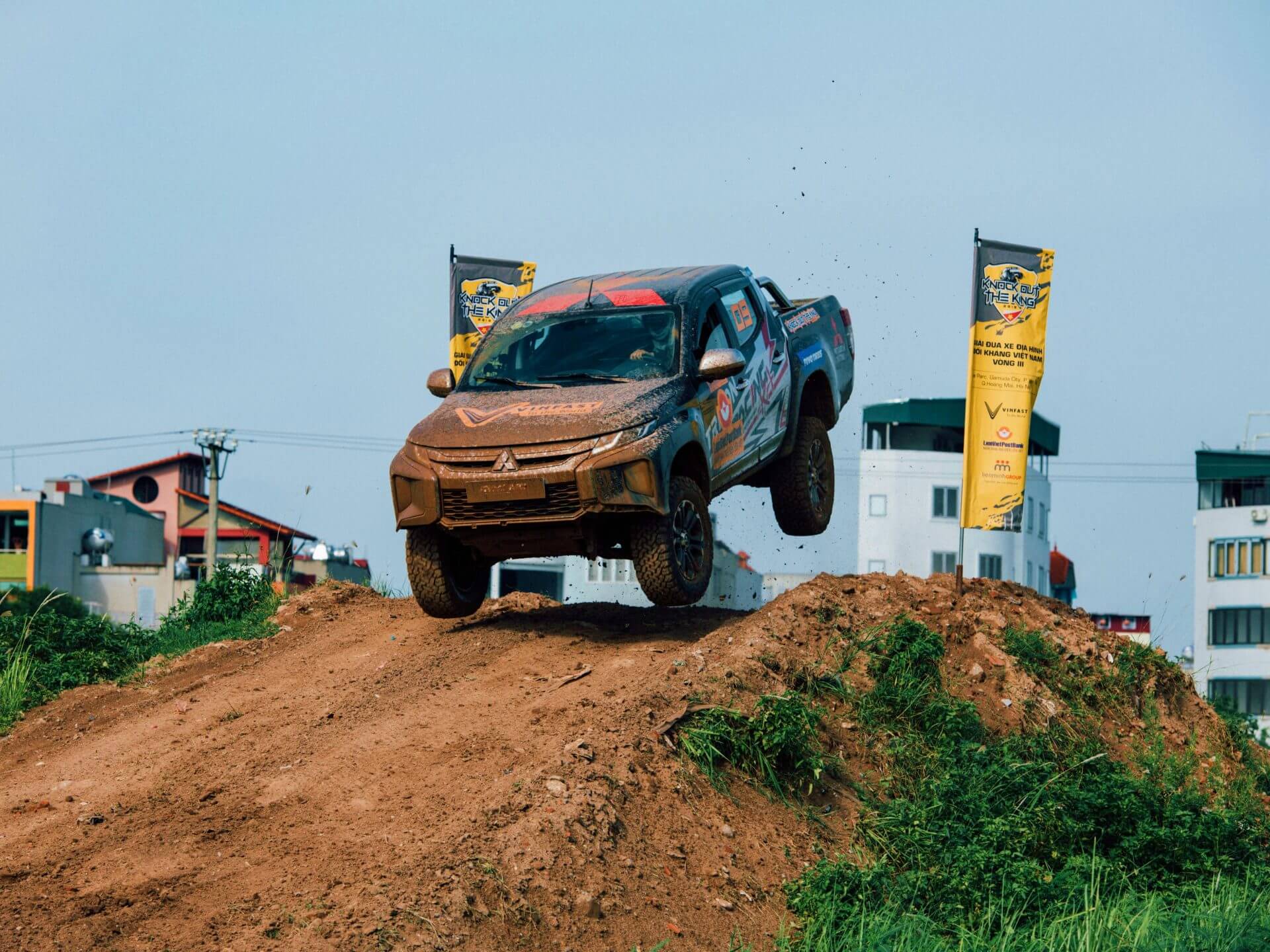 The Triton model used by Racing AKA team to compete was kept in original form but still presented its power, endurance and flexibility by overcoming all tests with beautiful performances, fast turns and spectacular accelerations. All contestants competed passionately in every second indicated the best spirit of competing and the true “fire” of a “rookie” in professional sports racing. In addition to the original Triton 2019 of driver Hoang Giang who won the runner-up prize, another member of the race team, Tran Phat, with the Triton 2019 model, also achieved the third place. The Champion-winning car was also a customized Triton model.

As a runner-up, the Racing AKA team was proud to dedicate to the offroad lovers community in Vietnam in the KOK 2019 race with beautiful performances, an impressive tournament and professional style.

“RACING AKA”, including members who are experienced drivers, car and speed enthusiasts, will participate in professional off-road racing competitions with Triton pickups. “Power – Durability – Flexibility” is one of the key elements for a model to participate in professional off-road challenges, and the reason why “RACING AKA” trusts Mitsubishi Triton. In 2019, “RACING AKA” is expected to compete at some important events such as Knock out the King, HTV Challenge Cup, King of Pickup, …

Not only taking the design concept Dynamic Shield to bring about an ascendant appearance, Triton is also known for its powerful performance thanks to the new generation DIESEL MIVEC 2.4L engine with aluminum alloy body, reducing the front unit weight by 30 Kg. The Valve Timing Electronic Control technology applied for the first time on Diesel engines of pickups optimizes power and torque while saving fuel. The reduction in engine weight also provides an ideal weight distribution ratio for vehicles that enhances cornering stability and off-road tackling. Mitsubishi’s famed Super Select 4WD-II two-wheel drive system is solely equipped with center differential in the segment, with 4 modes of 2H (2WD), 4H (4WD low range) and 4HLc (4WD high range with locked center differential) or 4LLc (4WD low range with locked center differential) comes with 4 of-road modes, has proved its capacity through 12 times champion of Dakar Rally. With the advantages regarding strong performance, speed and durability, Mitsubishi Triton is truly an ideal model for individuals who like to experience, conquer off-road and adventure trips.

Established since 1994 as distributor of Mitsubishi Motors’ vehicles in Vietnam – Mitsubishi Motors Vietnam Co. Ltd., was one of first automobile joint-ventures in this market. Competition, creative and customer’s satisfaction are our business criterion and that make us become a prestigious assembling and distributor auto in Vietnam.

With 25 years experience in automobile industry and with slogan “Drive your Ambition” , Mitsubishi Motors Việt Nam commited to bring the best car with the best performance & safety to customers.